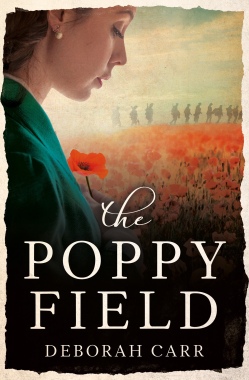 It is my pleasure to help kick off the blog tour for The Poppy Field by Deborah Carr on publication day!

This year marks the 100th anniversary of the end of the First World War.

Young nurse, Gemma, is struggling with the traumas she has witnessed through her job in the NHS. Needing to escape from it all, Gemma agrees to help renovate a rundown farmhouse in Doullens, France, a town near the Somme. There, in a boarded-up cupboard, wrapped in old newspapers, is a tin that reveals the secret letters and heartache of Alice Le Breton, a young volunteer nurse who worked in a casualty clearing station near the front line.

Set in the present day and during the horrifying years of the war, both woman discover deep down the strength and courage to carry on in even the most difficult of times. Through Alice’s words and her unfailing love for her sweetheart at the front, Gemma learns to truly live again.

This is a beautifully written epic historical novel that will take your breath away.

It is rather apt that I should be able to read such a book when we are so close to the centenary of the end of the First World War; the war to end all wars, although we now sadly know this not to be true.

The Poppy Field is set in two time periods – both present day and war time – and tells the story of two strong women, both of whom have seen unimaginable things in their roles as nurses.  One works on the frontline, tending injured soldiers whilst the other is a trauma nurse who is seeking to work out what she wants from her life.  Both show tremendous courage in the face of an uncertain future after dealing with trauma and tragedy, both professionally and personally.

The two women are linked across the decades by a series of letters, written by Alice Le Breton from her frontline hospital and discovered by Gemma as she renovates an old farmhouse in France.  Despite the different expectations placed on them by society, both women seek independence, stability, peace and love.  Alice’s letters bring to life a time long since gone by but never to be forgotten as she sees the impact of war on hundreds of young men, some of whom will never again return home.  In present day, Gemma is dealing with her own tragedy and can relate to Alice’s life, despite the fact that they lived almost a century apart.  With the help of Tom, an ex-military man who is assisting her with her renovations, and Alice’s letters, Gemma attempts to create herself the life she never knew she wanted.

The Poppy Field is such a lovely novel – I always enjoy novels set during the war and this is no exception.  I really loved the way that Alice’s letter linked her time with the present – I felt that this was beautifully and seamlessly achieved.  I therefore have no hesitation in recommending this book, which is published today!

Thank you to Rachel at Rachels Random Resources for inviting me to be a part of this blog tour, and to Deborah Carr for writing such a lovely novel! 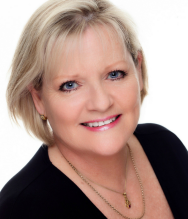 Deborah Carr lives on the island of Jersey in the Channel Islands with her husband, two children and three rescue dogs.  She became interested in books set in WWI when researching her great-grandfather’s time as a cavalryman in the 17th 21st Lancers.  She is part of ‘The Blonde Plotters’ writing group and was Deputy Editor on the online review site, Novelicious.com for seven years.  Her debut historical romance, Broken Faces, is set in WWI and was runner-up in the 2012 Good Housekeeping Novel Writing Competition and given a ‘special commendation’ in the Harry Bowling Prize that year.  The Poppy Field is her second historical novel.

4 thoughts on “*BLOG TOUR* The Poppy Field by Deborah Carr”