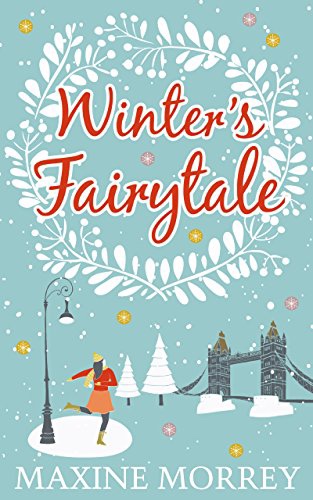 My latest book review is another Christmas tale – Winter’s Fairytale by Maxine Morrey.

A few weeks before Christmas and a sudden blanketing of snow has closed the roads and brought public transport grinding to a halt, stranding Izzy miles from home and in desperate need of rescuing.

That doesn’t mean she’s looking to bump into Rob and spend a cosy weekend holed up in his swanky flat watching London become a winter wonderland!  Because Izzy and Rob have history…

Six months ago, they were standing in the vestry of a beautiful country church, while best man Rob delivered the news that every bride dreads on their big day.

But at the time of year when anything is possible, can Rob and Izzy let go of the past and let Christmas work its magic? Or will this be one holiday wish that Izzy lets walk right out of her life…

I have had Winter’s Fairytale sat on my Kindle for a while now, and after reading Second Chance at the Ranch (review coming in January, keep your eyes peeled!) I felt the need to read more of Maxine Morrey’s work.  I was looking for a light-hearted Christmas tale, and that is exactly what she has delivered with this novel.

Izzy has had a rough few months, going through something that no bride should ever have to go through: being left at the altar.

Rob is the best man who had to deliver the devastating news that Izzy’s fiancé would not be joining her on their wedding day.  Izzy has therefore spent six months avoiding him, wanting no reminders of that fateful day.  Fate, however, has others ideas!  A snow storm and no way of getting home forces Izzy into Robs swanky London flat for the weekend, making her face both him and her past.

Set during a particularly romantic time of year, Winter’s Fairytale is a story about ensuring you don’t allow your past to define you; that you look forward rather than back, and that love can be found in the most unexpected of places.  Of course, being stranded with a handsome, kind man in a snowstorm does help!

I am definitely happy to recommend this novel; if you are looking for a novel full of family, romance and Christmas then this definitely the novel for you.  Grab a copy, a glass of wine and sit by your Christmas tree.  Enjoy!

Today it is my stop on the blog tour for New Arrivals at Mulberry Lane by Rosie Clarke.

1943 Mulberry Lane, London.  In the midst of another bleak winter, life is hard for the residents of The Lane.

When Rose Merchant arrives at Mulberry Lane, she is carrying a secret that haunts her.  How can she tell her landlady, and the Lanes’ matriarch Peggy Ashley that she is the daughter of a murderer?  As Rose learns that she is amongst friends she gradually learns to trust and even to love.

But when Peggy’s estranged husband Laurie returns home for good, both Rose and Peggy’s lives are once again turned upside down.

Can they both find their way through the heartache to find happiness?

The Girls of Mulberry Lane

A Wedding at Mulberry Lane

I hate to be predictable but I love historical novels set during WWII!  More than that though, I love the characters that Rosie Clarke has created within this series of novels.  Peggy Ashley leads a group of strong women who in the face of adversity work hard to keep their families safe, whilst cementing the independence that they have come to rely on while their men are away fighting for their country.  New Arrivals at Mulberry Lane introduces us to a new character, Rose Merchant, who joins the Lanes, alone and lost.  Alone and lost until she meets Peggy that is!  She was a subtle character introduced to an already strong group of female characters and I feel that she really added to the dynamics of the Lanes.  Our old favourites also returned in this novel; Maureen, Ellie and Anne.  In addition, some of the men are starting to trickle back from the their war efforts; Gordon, who is tragically injured, and Laurie, who has been discharged from his secret wartime work under a dark cloud.  Their return changes things for women on the Lanes, and not always in a positive way

New Arrivals in Mulberry Lane can be read as a standalone novel, but I would much rather recommend that you read all four novels in this series.  I am already looking forward to reading book five in this series!

Thank you to Victoria Joss at Aria, and to Netgalley for providing me with a copy of this novel in exchange for my honest review. 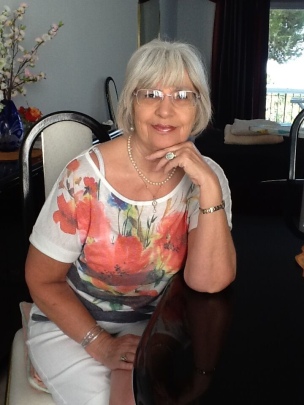 Rosie is happily married and lives in a quiet village in East Anglia.  Writing books is a passion for Rosie, she also likes to read, watch good films and enjoys holidays in the sunshine.  She loves shoes and adores animals, especially squirrels and dogs. 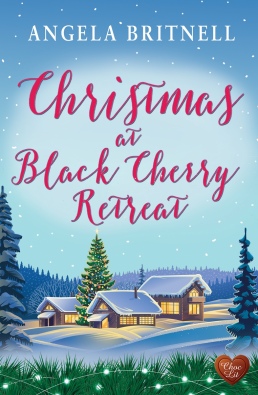 Today is my stop on the blog tour for Christmas at Black Cherry Retreat by Angela Britnell.

What if you had nowhere to call home for Christmas?

When Fee Winters books a winter break at the remote Black Cherry Retreat in the small town of Pine Ridge, Tennessee, it’s with the idea that the peace and quiet will help her recuperate from her hectic life as a photographer.

But what she didn’t bank on was meeting Tom Chambers and his huge, interfering yet lovable family.  With them, could Fee finally experience the warmth and support that’s been missing from her own life – and maybe even find a place to call home in time for Christmas.

Fee Winters finds herself at the Black Cherry Retreat, where she is seeking quiet time to be alone in order to recuperate from a trauma she experienced whilst working as a photographer in war zones. She does not come from a large, supportive family and therefore relies on herself to fix her own problems.

Tom Chambers is the owner of the Black Cherry Retreat, a man also seeking solace at his quiet retreat. He is equally recovering from trauma in his life, shutting himself off from everyone but his family.

Christmas at Black Cherry Retreat follows both Fee and Tom as they find in each other something that neither realised was missing from their lives. Both are pushed outside of their comfort zones as they begin the slow recovery process, helping each other with a little romance thrown in for good measure!

I really enjoyed Christmas at Black Cherry Retreat, both Fee and Tom are well rounded characters, with interesting back stories. I enjoyed watching them evolve as they both attempt to recover from their individual traumas, helping each other and falling in love along the way.

Thank you to Rachel at Rachel’s Random Resources for inviting me to be a part of this blog tour and for providing me with a copy of this novel in exchange for my honest review.

Angela grew up in Cornwall, England and returns frequently from her new home in Nashville, Tennessee.  A lifelong love of reading turned into a passion for writing contemporary romance and her novels are usually set in the many places she’s visited or lived on her extensive travels.  After more than three decades of marriage to her American husband she’s a huge fan of transatlantic romance and always makes sure her characters get their own happy-ever-after.  Over the last twelve years she’s been multi-published and sold over 25 novels.  She also writes short stories for women’s magazines.  She is a member of the Romantic Novelists’ Association, the Romance Writers of America and the Music City Romance Writers.