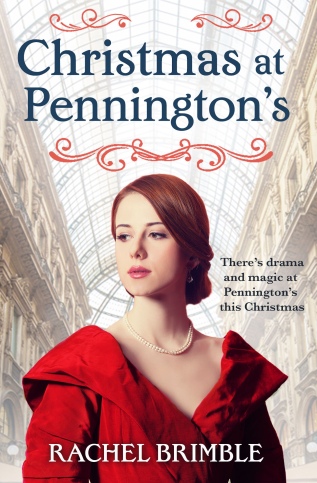 It is my pleasure to help kick off the blog tour for Rachel Brimble’s Christmas at Pennington’s on publication day!

Gripping drama as Pennington’s department store prepares for a glittering Christmas in 1911, but a killer stalks the women of Bath.

Christmas sees Pennington’s at its most glorious, thronged with shoppers, its grand staircase and balcony adorned with holly, mistletoe, tinsel and lights.  It should be the happiest time, but dramas are seething beneath the surface.

For Cornelia Culford, in charge of jewellery, a divorce hearing looms, where she could lose custody of her young sons to her overbearing and unfaithful husband.

For Stephen Gower, being head of security at Pennington’s is the perfect refuge from a tragic past at Scotland Yard.  But soon the past will call him back, as Joseph Carter and Elizabeth Pennington beg him to help solve the murder of Joseph’s first wife, now that it seems as if the killer has struck again.

For Joseph and Elizabeth, their marriage depends on exorcising the past.  But can it ever be laid to rest?

I was very happy to be able to get my hands on Christmas at Pennington’s having already read and reviewed The Mistress of Pennington’s and A Rebel at Pennington’s both of which I loved.  I really enjoy reading historical series, as they give us the opportunity to not only revisit some beloved characters, but also a specific time period.  As you will be aware if you follow me, you will know that historical novels set during periods of war are normally my favourite, but the Pennington’s series has been a very welcome change.

Christmas at Pennington’s focuses on Cornelia Culford, Lawrence Culfords sister, who we met briefly in A Rebel at Pennington’s.  She is attempting to rebuild her life, after leaving her controlling and unfaithful husband.  Divorce at that time was very much frowned upon, and so for her, there is the very real possibility that she won’t be granted the divorce, or that she could lose her beloved sons to her husband.  Her sister-in-law Esther manages to get her job at Pennington’s, enabling her to start building a more independent life where she can focus on herself and her children.

Stephen Gower is a broken man.  He leaves his career at Scotland Yard behind as he joins the security team at Pennington’s, running away from tragedy in his past.  However as a detective he finds himself unable to ignore the murder of a young women.  Joseph Carter and his wife Elizabeth draw him further into the unsolved case, as they request his help finding the murderer of Joseph’s first wife.

Christmas at Pennington’s enables us to catch up with our friends, Elizabeth and Joseph, Esther and Lawrence as well as introducing us to new characters Cornelia and Stephen.  The female characters in this series are all strong, independent women who are fighting for their place in the world at a time when men are leading the way.  I really enjoyed following Cornelia as she joined an already impressive group of women who know what they want, and will work hard to get it.

In addition we learn more about Bath, and more specifically Pennington’s department store.  Its opulence and character are even more pronounced in this novel, as it is dressed for Christmas and bustling with customers.  I am already looking forward to the next novel in the series, to see where Pennington’s takes us next!

I am more than happy to recommend this novel to you all.  Whilst it can be read as a standalone, I think you’d be missing out on learning more about some really wonderful characters.  So maybe go and grab yourself the series so far!

Thank you to Rachel Brimble and Vicky Joss at Aria for providing me with a copy of this novel in exchange for my honest review. 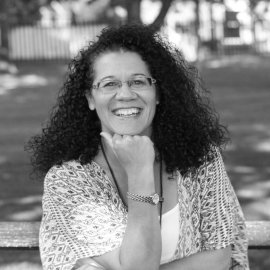 Rachel Brimble lives in Wiltshire with her husband of twenty years, two teenage daughters and her beloved chocolate Labrador, Tyler.  Multi-published in the US, she is thrilled to have a new beginning writing for Aria in the UK.  When Rachel isn’t writing, she enjoys reading across the genres, knitting and walking the English countryside with her family…often stopping off at a country pub for lunch and a chilled glass of Sauvignon Blanc.